Appearing before the civil division of the Arizona State Superior Court is often required in Mark’s practice. His court experience includes jury and bench trials, hearings, and numerous oral arguments, where he has served as lead and co-counsel in a variety of construction and non-construction litigation matters. Mark’s non-construction experience includes commercial contract breach, administrative law matters, commercial foreclosures, creditor rights, and enforcement of money judgments. He has also served as an Arbitrator in several Maricopa County Superior Court compulsory arbitration actions.

In addition to having traditional Superior Court civil litigation skills, he appears regularly before various administrative agencies and forums, most frequently the Arizona Registrar of Contractors and Arizona Office of Administrative Hearings. Mark’s hearings and appearances before the Registrar of Contractors include prosecuting and defending allegations concerning workmanship, “no-pay” complaints, and various regulatory issues that can arise when the construction contract is breached. He has also been involved in appeals from the Registrar’s office to the Superior Court, District Court, and 9th Circuit Court of Appeals. Mark has extensive experience in construction matters which fall within the parallel jurisdictions of the Registrar’s office and the civil courts.

Helping contractors and suppliers collect payment: As one example, Mark helped a large general contractor preserve his ability to collect payment on nearly all of two million dollars owed him on a quasi-federal project where the defunct owner had to file bankruptcy.

Getting paid after lien rights are lost: He has assisted several material suppliers and contractors position themselves to recover payment in situations where they had lost lien and/or payment bond rights in addition to saving owners, lenders and general contractors from paying twice (or more) on liened or bonded projects where such liens or bond claims were not properly perfected. 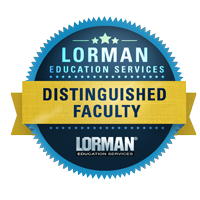 Mark can present in-house seminars on the following topics:

What is a Stop Notice?
What Remedies Are Available Through the Registrar of Contractors?
More Videos
What are vanilla collection lawsuits and secured remedies?
Who can issue a stop notice?
Manage Cookie Consent

To provide the best experiences, we use technologies like cookies to store and/or access device information. Consenting to these technologies will allow us to process data such as browsing behavior or unique IDs on this site. Not consenting or withdrawing consent, may adversely affect certain features and functions.